Of this the Founder was well aware, not least through his medical studies. Any student, faced with the task of mastering the huge vocabulary of modern medicine, must very quickly realise the extent to which Latin and classical Greek pervade it. ‘Abdomen’ (Latin for ‘belly’) is the first word in my (1990) edition of Black’s ‘Medical Dictionary’; ‘zygoma’ (a bone in the face, from the Greek for ‘yoke’) is the last. 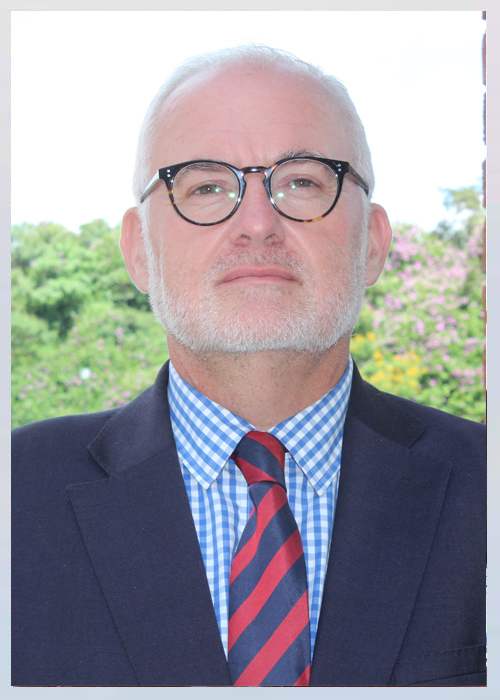 ‘Forty years on’ is a phrase with a deep resonance in the traditions of the schools upon which the Academy is modelled. Of these Eton, Harrow and Winchester are probably the three best known. The phrase comes from the Harrow school song:

“Forty years on, when afar and asunder Parted are those who are singing today ...”

It gives a rather sentimental view of childhood:

“Visions of boyhood will float then before you, Echoes of dreamland shall bear them along...”

and a decidedly gloomy one of adulthood:

“Feeble of foot and rheumatic of shoulder What will it help you that once you were strong?”

but brightens up at the end, asking fate, fortune or the good Lord to provide

“Fights for the fearless and goals for the eager Twenty, and thirty, and forty years on.”

That is the least challenge of this or any other school – to equip its pupils to win the fights and achieve the goals that lie ahead of them “twenty, and thirty, and forty years on.” But the late Founder’s vision for the Academy extends well beyond that. Our own school song is built around images of durability – even permanence. In the first verse we find:

“On the rock of Christ’s salvation Stands the hope of all this Nation ...”

“Laying down a sure foundation, Building strong Malawi’s Nation...”

and in the third:

“Built to serve for generations, Gift of hope that is the Nation’s...”

Taken literally, this last verse at least means exactly what it says. The Academy was built to serve for generations.

The quality of its materials and workmanship leaves no room for doubt about that. This, it shares with its English models. Harrow was founded in 1572, Eton in 1440 and Winchester in 1382. At all of them, original buildings survive. The Academy also, if properly maintained, will still be with us in five hundred years time.

But these verses have a metaphorical application as well as a literal one. It is what is taught at the Academy,not its physical structures, that must be responsible for “building strong Malawi’s nation”. Here longevity of a different kind characterises the Founder’s vision. Four and a half thousand miles north-west of the Academy lies a great inland sea. Almost landlocked (the Strait of Gibraltar at its western end is only nine miles wide) it was known by those who lived along its shores as ‘Mare Nostrum’ (‘Our Sea’). Today it is the Mediterranean Sea – the sea in the middle (medius) of the earth (terra). About halfway along its northern shore, two peninsulas stretch out towards Africa – Italy and Greece. 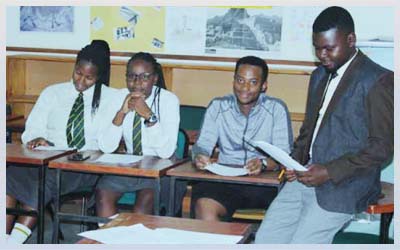 It was upon these two peninsulas, two and a half thousand years ago, that a new way of thinking evolved. It soon spread, first around the shores of the Mediterranean – southern Europe, the Middle East and northern Africa. Later, the expanding Roman Empire carried it to the barbarous north – France, Germany and the British Isles. And from there, as more time passed and commerce grew, it spread around the world.

For the purposes of this narrative we may take Plato as the representative of this new way of thinking. Its characteristics were its concern for the ‘good’, its unremitting search, through dialogue and discussion, for a clear, discursive understanding, and – perhaps most significant of all as far as its overwhelming contemporary importance is concerned – its sleepwalker’s certainty (the metaphor is Arthur Koestler’s) as to the centrality of mathematics to the whole of this enterprise. The philosopher and mathematician Alfred North Whitehead once described the Western intellectual tradition as “a series of footnotes to Plato”. That is overstating the case, but it is certainly true that many, many important elements in contemporary Western thought had their origin in classical Greece; and as for Latin it was, in the end, the relentless tramp of the Roman legions that spread these ideas through the then known world.

Of this the Founder was well aware, not least through his medical studies. Any student, faced with the task of mastering the huge vocabulary of modern medicine, must very quickly realise the extent to which Latin and classical Greek pervade it. ‘Abdomen’(Latin for ‘belly’) is the first word in my (1990) edition of Black’s ‘MedicalDictionary’; ‘zygoma’ (a bone in the face, from the Greek for ‘yoke’) is the last. And a student still in possession of even the half-forgotten fragments of an IGCSE in Latin, Greek or both is at a great advantage when it comes to mastering this vocabulary.

But the late Ngwazi, when he came to found the Academy, was a very different person from the young medical student pursuing his studies in the United States of America. Widely read, widely travelled and with a range of experience unequalled (probably) by any of his Malawian contemporaries, he had already faced and faced down in reality many of the difficulties that Plato, in his most influential dialogue ‘The Republic’, had addressed in theory. So when the time came to realise the cherished project that was his Academy, he was fully aware not only of the depth, breadth and scope of the intellectual tradition that links the modern world with classical antiquity but also of its significance as a living force in shaping the events of the world today. 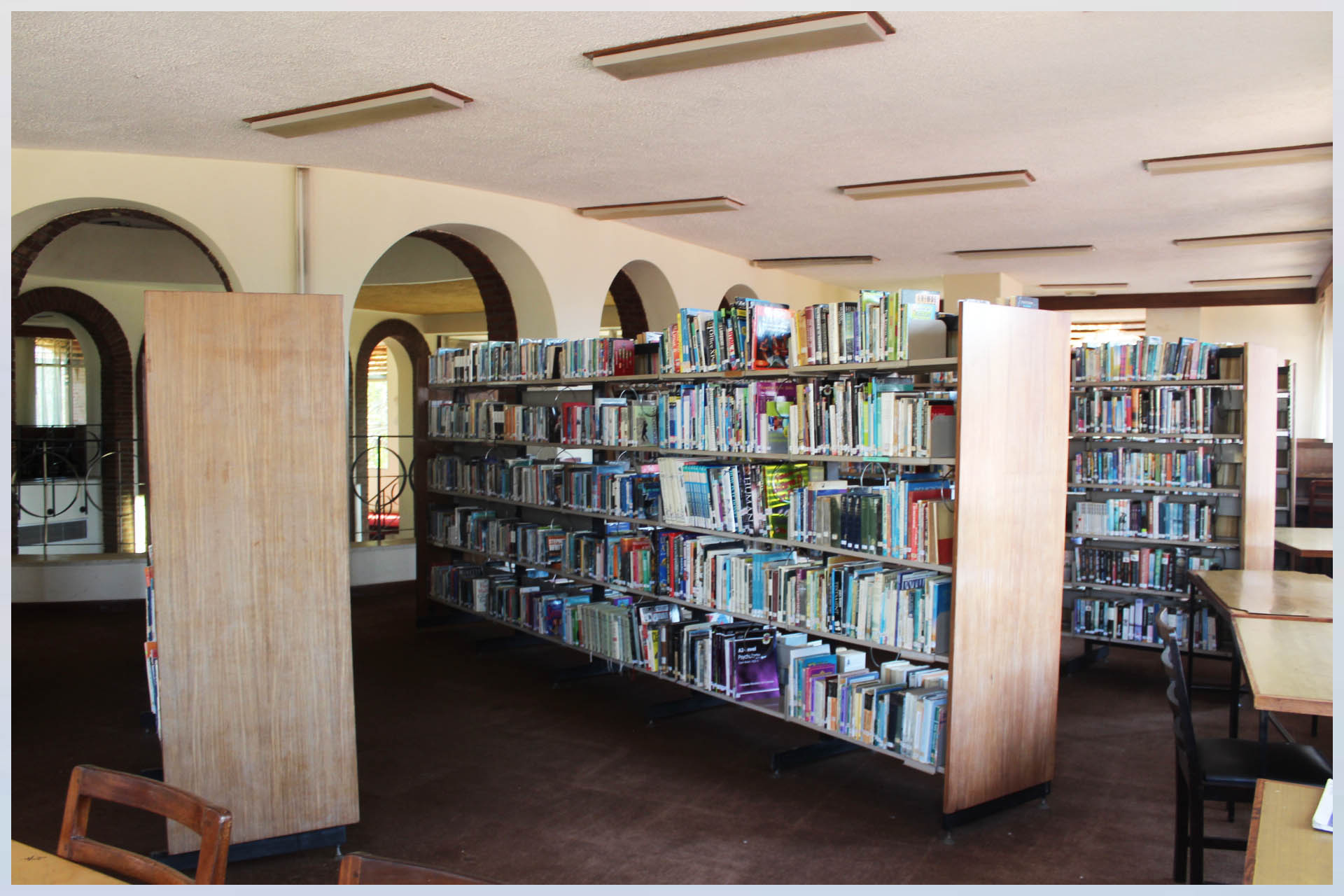 This, I think, explains his insistence that the Classics should be at the heart of the Academy’s curriculum. It was not, as T.S. Eliot puts it, “to ring the bell backward ... Or follow an antique drum”. Rather, it was to enable his chosen scholars, his future leaders, to see both the society which he intended them to lead and the intellectual tools with which he intended them to lead it in a proper perspective; and so to distinguish, even “twenty, or thirty, or forty years on”, between the demands of development properly so-called and the lure of the ephemeral, the seduction of the meretricious. To give a single example, it is, I think, to be hoped that not many Academy alumni currently view with approval the attempts of a President elsewhere in the world to replace government “of the people, by the people and for the people” with government by Twitter.

That, then, in intellectual terms is the Academy’s “sure foundation” – not so much a foundation of bricks and mortar as a living, intellectual tradition, a Kachere tree of knowledge and understanding whose roots reach down two and a half thousand years to classical antiquity. Of course, our current pupils are most concerned with its most recent branches, and as the years pass we have constantly to decide what parts to present to them and what to leave aside. At this time, possibly the greatest challenge is to achieve a proper integration – a proper complementarity – between the gigabytes of processing power that they carry in their pockets and the petabytes that they carry in their heads.

That, however, is just this year’s challenge. Next decade’s will be different and next century’s different again. But the intellectual tradition that the Founder set at the heart of the Academy – the deep root of his Kachere tree – is as remarkable for its resilience as it is for its contemporary relevance and we are confident that it will continue to sustain us for a good long time to come. 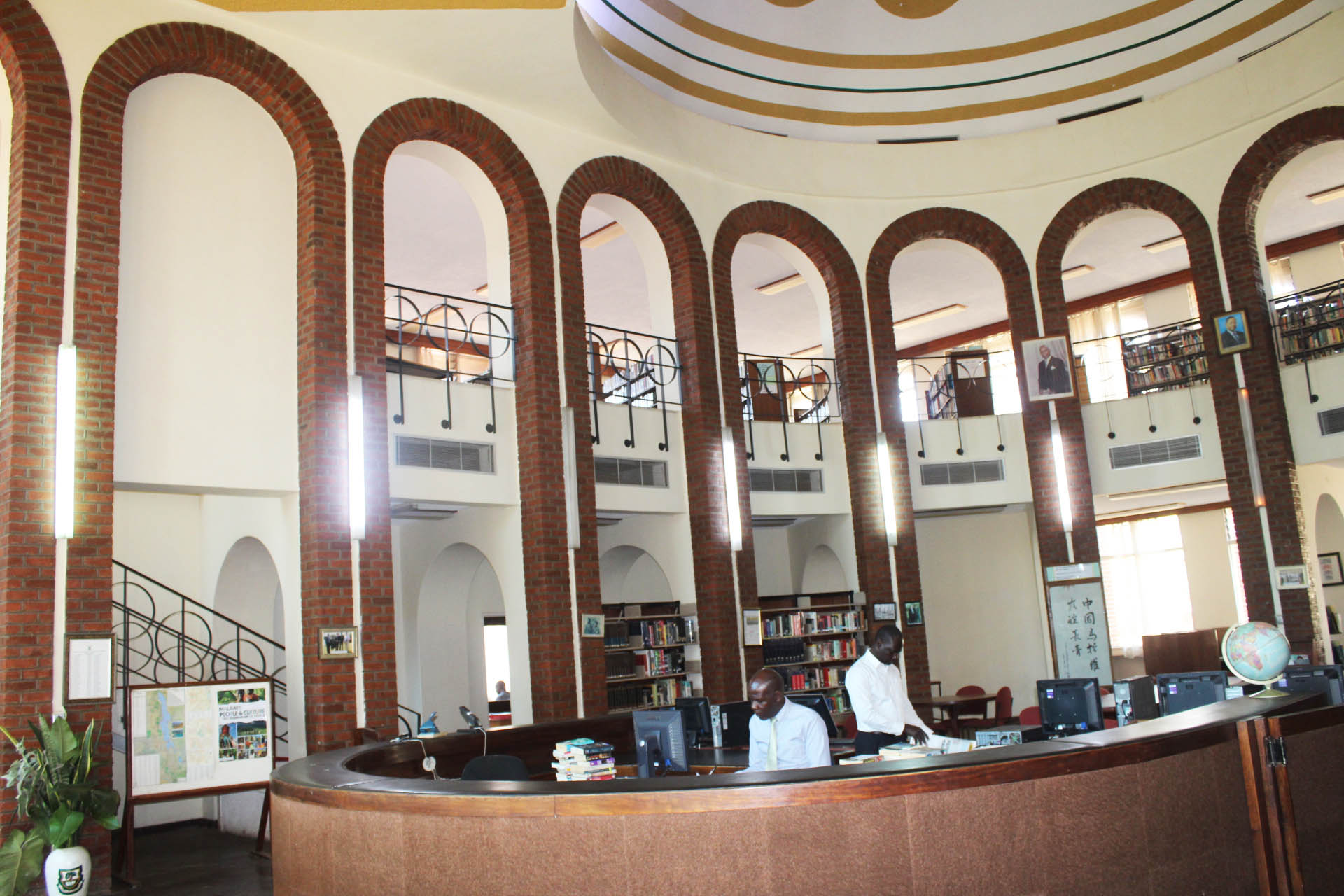 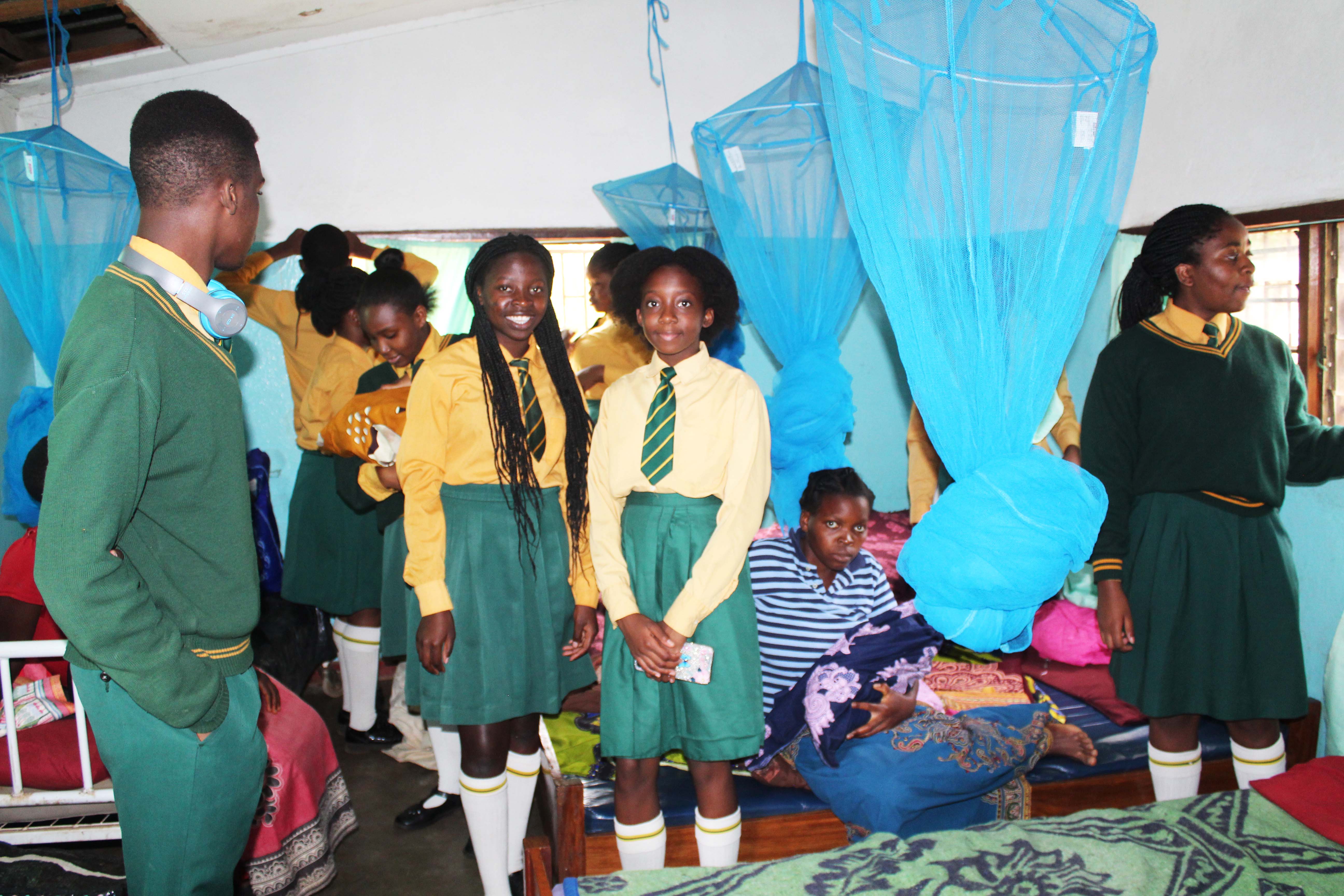 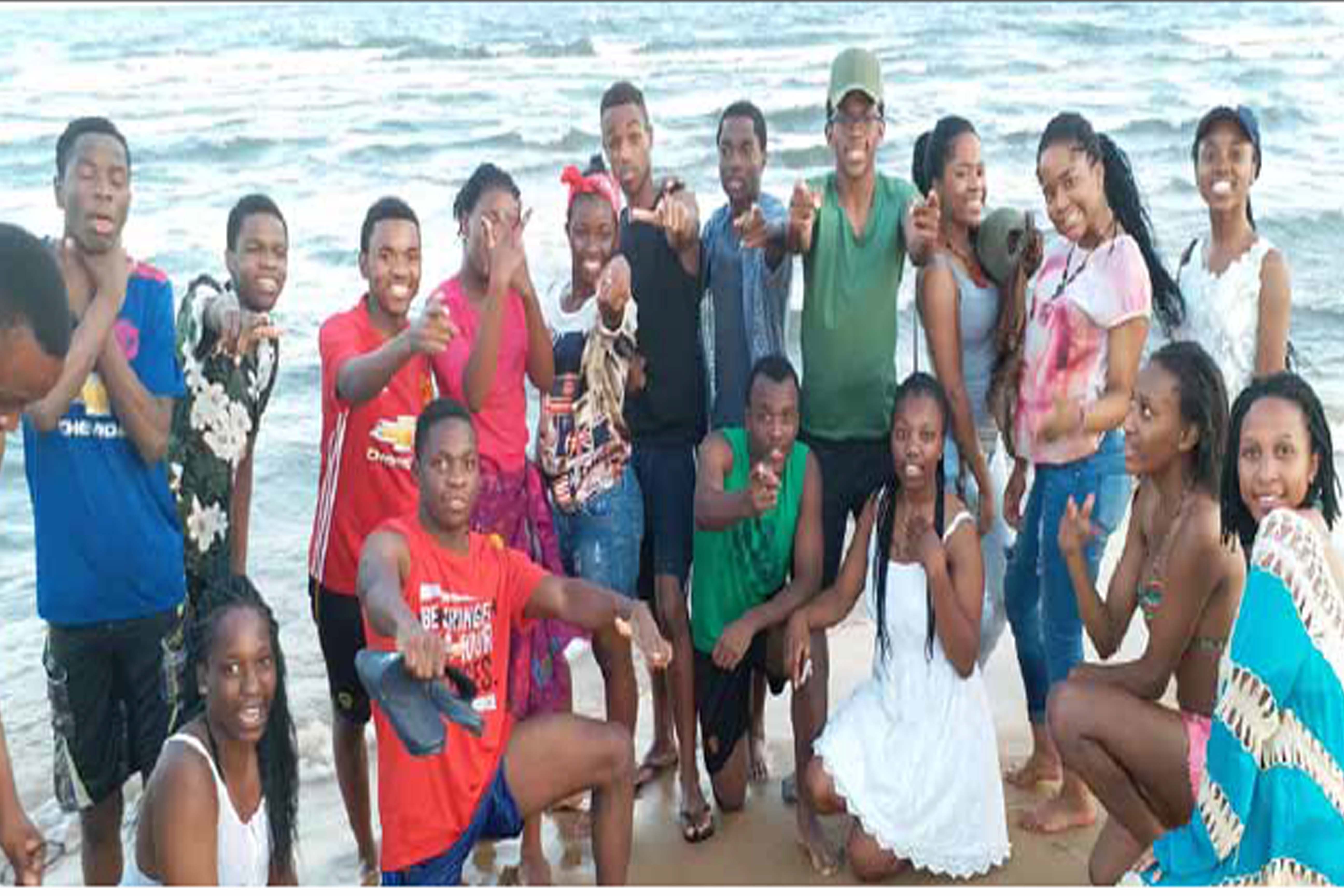